High Speed Rail Travel Between Melbourne and Sydney: A Possibility? 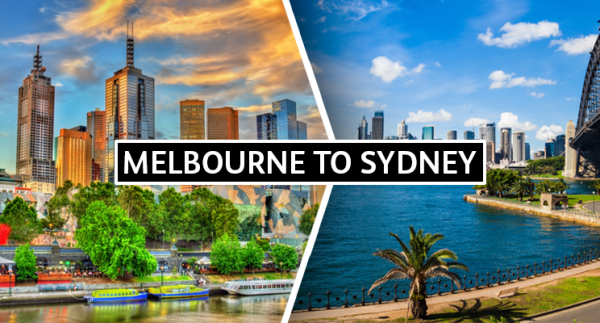 Travel between Melbourne to Sydney continues to be as popular as ever. And as one of the most congested flight paths in the world, the lengthy distance (880km) between the major cities has contributed to air transport being a more prevalent travel option, especially in comparison with other modes of transport such as car or rail.

However, this doesn’t mean we should rule out these transportation options altogether – as a more environmentally friendly choice, railway could help shorten travel timings across the two cities, through the use of high-speed rail.

Take central Europe as a case in point, where the introduction of a high-speed railway has been transformative to the general ease of travel, in turn providing a significant boost to the travel industry in multiple countries and individual cities in the continent. This is evident with the Ruhr Valley and Cologne of Northern Germany, which used to be separated from Frankfurt by a long but scenic train trip along the Rhine. Although it was great for tourists as they could leisurely admire the landscape, it proved frustrating for those on business trips who wanted a faster and more efficient route.

High speed trains were implemented as a solution, with a speed of 320kmh alongside the autobahn between both ends, providing a much quicker and easier connection from the Ruhr Valley to Frankfurt and its airports. Similar high-speed rail lines have since followed suit in other major cities in Germany, with high-speed ICE travel now being the norm. This experience isn’t just unique to Germany - other European companies have also adopted high speed trains, opening a wide range of possibilities for leisure and business travel.

This success can certainly be applied to Melbourne and Sydney, with a possible high-speed route starting at Melbourne – and incorporating its airport – then continuing to the capital at Canberra before heading to Sydney. Such an option would bring us up to scale with the European countries mentioned, offering city-to-city centre convenience and creating a first in terms of infrastructure for the two major cities.

So, what holds this back?

Cost is a factor as new-build high speed railway lines are not cheap per kilometre and could take many years of investment before completion. Also, with other competing demands for governments and investors, this is not seen as a priority especially as the demand is already met by private air-line providers. Although, as sustainability moves higher up in the agenda, this is likely to change.

Culture and consumer behaviour is also another factor as Australians tend to use other modes of transport for inter-city travel. But with heavy investing at a regional level in light rail, metro and suburban, leaving longer distance as the only uncompetitive sector, attention is likely to be turned to this sector as the rail infrastructure grows.

Do you think Australia would benefit from a Melbourne to Sydney high speed line or is this an investment too far? Let us know your thoughts!