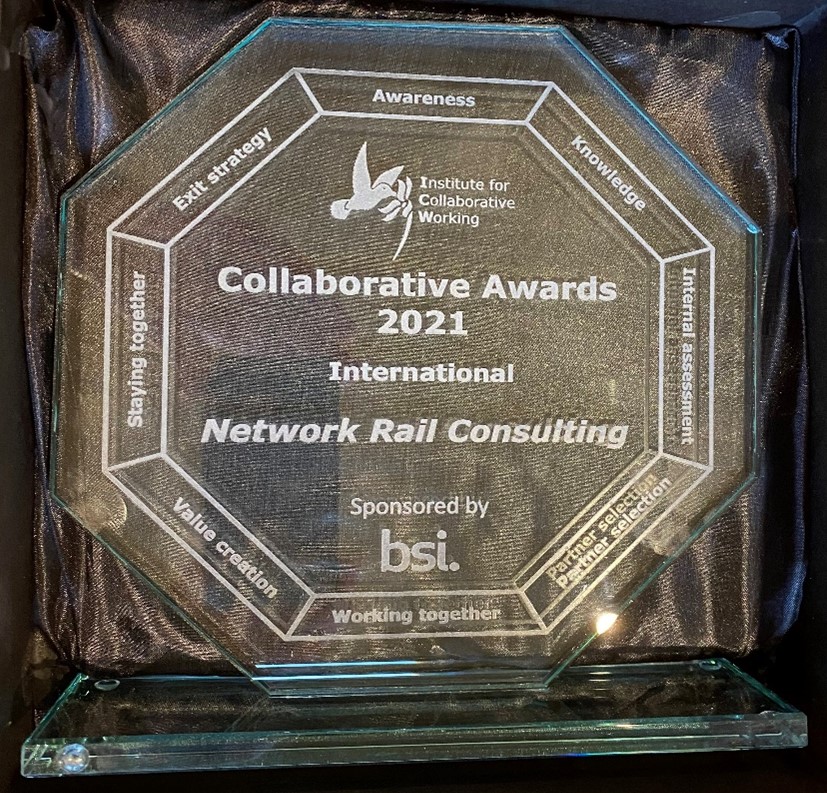 Network Rail Consulting is the System Integrator for the delivery of the European Train Control System Level 2 onto the Sydney rail network. The System Integrator is an integral part of the Digital Systems Program delivering a complex technology using multiple international suppliers from across eight countries.

Eight organisations across eight countries involving 190 staff are collaborating successfully to deliver the program. Transport for New South Wales required the experience of deliverers and suppliers of European Train Control System Level 2, from across the world.

The award is testament to the fantastic collaborative efforts of our integrated project team in Sydney.”