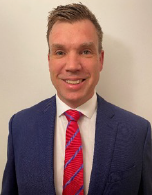 With more than 20 years of rail experience both in Australia and overseas, Derek brings a wealth of knowledge and skill to the NRC Australian team across freight and passenger rail as well as rail infrastructure.

Prior to joining Network Rail Consulting, Derek was Customer Director at Alstom Transport in Australia responsible for all growth opportunities including urban and freight trains, trams, rail signalling and systems as well as rollingstock maintenance ensuring safe and reliable transport and logistics solutions for his customers.

Moving to Queensland in 2005, Derek worked exclusively in the freight rail sector for customers such as Aurizon and Pacific National before shifting back to passenger rail in 2015 after joining Alstom and working closely with key clients including Queensland Rail and Transport and Main Roads.

Derek commented “It’s exciting to have the opportunity to join the dedicated and professional Australian Network Rail Consulting team of rail experts. Network Rail Consulting has a unique offering for our Queensland customers and with the current boom in rail infrastructure planning and construction, our global expertise is needed more than ever. It’s a challenging role and I’m looking forward to the challenge and adding value to our team and for our clients”.

Mark Pettigrew, Regional Director for Network Rail Consulting in Australia, added “It is great to have Derek join the team to build upon the great work we have delivered in Queensland and strengthen the excellent working relationships we have developed there over the last three years”.