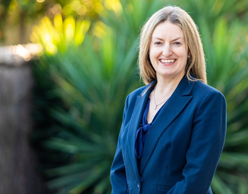 Emma has 24 years international multimodal experience, having worked in the UK, Australia, New Zealand and Malaysia. She has worked for both public transport authorities and transport operators and maintainers.

Within public transport authorities, Emma has taken leadership roles in the specification, procurement, tender negotiations, contract management and commissioning of large complex multi-billion dollar projects. She has also led the development of commercial frameworks and Concept of Operations and Maintenance including service provisioning, capacity analysis and the integration of new rail builds into existing rail networks.

Emma has experience of heavy rail and light rail franchises in the UK and Australia and the procurement of rolling stock contracts in Australia and New Zealand. She has worked for rail operators, in business development and contract transitions as well as worked for Network Rail Consulting’s parent organisation, Network Rail, the owner and infrastructure manager for the U.K. railway network.

Emma commented “The pipeline for significant rail projects in Australia is exciting and working for Network Rail Consulting will enable me to contribute to many of these City shaping projects”.

Mark Pettigrew, Regional Director for Network Rail Consulting in Australia, added “It is great to have Emma join the team to strengthen and grow our offering in the advisory space and build upon the great work we are delivering nationally”.