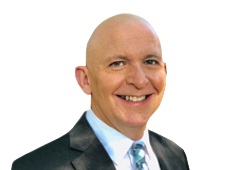 Joseph Black has been promoted to Vice President, US – Western Region for Network Rail Consulting. Joe will be responsible for developing Network Rail Consulting’s business in the western half of the United States with a focus on continued growth in the major metropolitan areas surrounding Los Angeles and San Francisco. He will also oversee NRC’s project activity in the western region, including our California High Speed Rail Delivery Partner program.

Prior to joining NRC, Joe was the Deputy Executive Director of the Lone Star Rail District, in Central Texas, where he led the development  of the regional commuter rail project between Austin and San Antonio, TX. Before this, he worked as a senior manager for a  global engineering company, which contributed to his deep  knowledge of the delivery of consulting services and client outcomes. Joe also spent time as the Chief Operating Officer of the Northern Indiana Commuter Transportation District, responsible for customer service, service delivery and mechanical maintenance operations.

With 33 years’ experience working in the passenger rail industry across the United States, Joe has successfully delivered a wide range of programs from strategic planning and advisory through to design, construction and operational phases. Joe's spent roughly equal parts of his career working in private consulting and the public sector, bringing a diverse range of experience to the role. Joe has been serving as Practice Lead for Rail and Transit Operations at NRC, a role in which he will continue to hold.

Joe will be relocating to our new office in the west, which we expect to open in the San Francisco Bay area early in 2019.

Joe commented: “I’m excited to be taking on this responsibility, and I look forward to growing our business in the western United States, by fostering relationships with our clients and partners.”

Ron Hartman, President North America said about Joe’s appointment: “Joe has been with NRC for about 18 months, during which he has generated work for us as well as earned the respect of our clients and his NRC colleagues. It is a pleasure to see Joe move into this post, where we have no doubt he will be highly successful.”