Following the vote to leave the EU, the government has made it clear that increasing exports to the rest of the World will become increasingly important.  Network Rail is playing its part through its international subsidiary, Network Rail Consulting (NRC).

Sir Peter Hendy visited the Middle East earlier in March to raise the profile of the British rail industry and to see first-hand the work that Network Rail Consulting has been undertaking in the region.

Sir Peter, along with the Rail Minister, Paul Maynard, was a keynote speaker at the Middle East Rail Conference in Dubai. Sir Peter spoke about the structural changes that the British Railways have gone through over the last 100 years, Network Rail’s devolution programme, plans for greater cooperation with our customers; and what lessons could be drawn and applied to the Middle East as they develop their industry structures.

The Middle East Rail Conference is the largest dedicated rail conference in the region with over 300 exhibitors. Network Rail Consulting sponsored the Infrastructure Theatre on the British pavilion within the exhibition hall and had a stand at the conference, which the Rail Minister Paul Maynard visited.

Following the conference, Sir Peter Hendy and Nigel Ash, managing director, NRC flew to Saudi Arabia to meet some of NRC’s staff working on the Saudi Arabian Railways (SAR) contract and meet senior dignitaries within the Department of Transport and SAR.  Sir Peter saw first-hand the challenges of running train services in a desert environment from the cab of one of the first passenger services between Riyadh and Qassim.

Sir Peter commented: “Given the current political climate it is important for Network Rail to be seen to support exports and our efforts were much appreciated by Paul Maynard, our Rail Minister. I found the visit to Saudi Arabia fascinating, the sheer scale of the challenges of working in such a harsh climate with sand a constant problem on some section of the railway. I was also pleased to get positive feedback from the client on the contribution from the NRC team”. 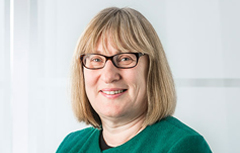 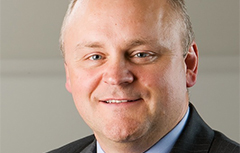 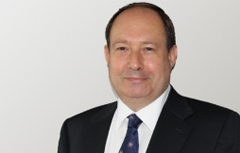