Matthew Savastano has been appointed to develop and implement business strategy in the newly created position of director, railways and Phil Hudson returns to Network Rail since leaving to explore other opportunities in 2008.

Matthew Savastano has been appointed to develop and implement business strategy in the newly created position of director, railways. Matthew has more than 35 years experience in railways, half of which has been gained on international rail projects, specialising in the design and management of rail developments from feasibility stage through to detailed design and installation of railways worldwide.

Matthew has had a varied railway career, starting with British Rail in 1975 before moving into consultancy in 1989. Having obtained a BEng in civil engineering, he worked for a number of railway engineering consultancies, notably Mott MacDonald, Sir Alexander Gibb & Partners, Jacobs and Parson Brinckerhoff delivering multidisciplinancy infrastructure and station projects, before most recently working at engineering and design consultancy, WSP where he held the title of trackside services director. Over the course of his career Matthew has gained considerable experience in the overseas market, working on projects in northern and eastern Europe, the Middle East and Asia.

Matthew Savastano said: "I am delighted to be joining Network Rail Consulting to help spearhead its growth in the international rail market. In these times of unprecedented business and economic challenges, I look forward to diligently leveraging Network Rail’s UK experience, approach and culture to bring value to clients and partners across the world."

In his new role, Matthew will lead the strategic corporate business development of the international projects portfolio with particular emphasis on the technical delivery of railway engineering projects. 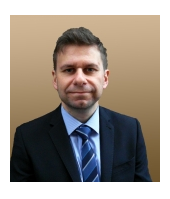 Phil Hudson returns to Network Rail since leaving to explore other opportunities in 2008. Phil has over 15 years experience in railway performance and operations as well as railway consultancy experience including the development of significant infrastructure projects and the writing of performance plans. Before his departure Phil held various positions including national performance regime manager and route performance manager. During his time at Network Rail Phil helped develop performance regimes for Eurostar, Hull Trains and Serco; and maintenance peformance contracts with Balfour Beatty and AMEC. Since leaving Network Rail Phil has worked for First Capital Connect in the position of general manager operations and has worked most recently as an independent business analyst aiding clients such as Abellio Group in bidding for rail franchises including the Thameslink, Southern, Great Nothern and also Thameside franchises.

Phil holds a BSc (hons) in economics from the University of Southampton.

Announcing the appointments Network Rail Consulting managing director, Nigel Ash said: "These appointments reflect Network Rail Consulting’s global growth aspirations and are aimed at improving operations across the international market; the appointment of both Phil and Matthew will make a tremendous difference in the business in their new roles. Each represents the highest degree of professionalism, technical competence and focus on customer satisfaction that is vital to our industry today."