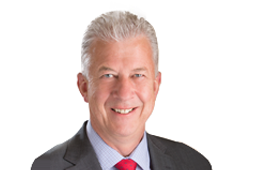 Ian Dobbs has been involved in the public transport industry for over 40 years, working in the public and private sectors in both Australasia and the UK.

Born in Nottingham in the UK and educated at university in Scotland, Ian spent his formative years in the UK as a senior manager with British Rail. In 1993 he moved across the globe and was appointed as Chief Executive of the Public Transport Corporation in Victoria, Australia leading the state’s transport reform program before establishing his own consulting business.

In 2005 he returned to the UK private sector as CEO of Stagecoach Group’s rail division – one of the largest rail operators in the UK. Here he managed a number of the UK’s private rail and tram franchises, acted as a Director of the Association of Train Operating Companies and latterly was appointed Deputy Chair of the UK Government’s Rail Value for Money Study in 2010.

In 2011 he returned to Australia as inaugural Chairman and CEO of Public Transport Victoria, the state of Victoria’s multi-modal public transport authority - a position he retired from in 2015.