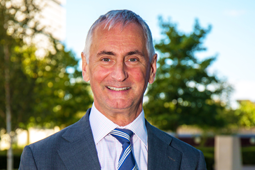 Nick joined the rail industry in 1986 and has worked in Australia, South East Asia and the UK. During this time, he has been responsible for a variety of roles, including railway operations, fleet service provision and strategy development. Experiences include timetable and roster development, network control, operations management, fleet introduction and fleet asset management. In his last role as Executive General Manager Citytrain, Queensland Rail, Nick was responsible for the safe and reliable operation of the Citytrain Network, along with the strategic management of the operating assets and staff required to be a world class service provider. Nick joined Queensland Rail in mid-2017 and was responsible for stabilising and improving performance across all KPIs, including Customer Satisfaction, On Time running and Safety. Nick’s team also planned and delivered the heavy rail services for the April 2018 Commonwealth Games.

Nick is the Managing Director for the Network Services directorate which co-ordinates national initiatives that impact the operational railway such as freight, incident management, security and performance.