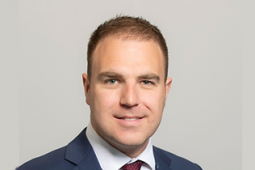 Elliott has 8 years’ experience of delivering international signalling upgrades, both in Communication Based Train Control (CBTC) and the European Train Control System (ETCS). Elliott’s experience extends throughout the project lifecycle, from requirements establishment through to commissioning and handover.

Elliott joined Network Rail Consulting in May 2019, working on the first deployment of the European Train Control System (Level 2) across the Sydney Trains Network in Australia. The roles undertaken include ETCS Project Engineer, Lead Project Engineer and Technical Manager for the Trackside scope of works.

Prior to joining Network Rail Consulting, Elliott spent 4 years on the upgrade of the Sub Surface Railway on the London Underground to Communication Based Train Control (CBTC), first as an Assistant Signalling Project Engineer, then a Signalling Project Engineer. This was after undertaking the Transport for London Signalling and Electrical Graduate scheme, rotating through various technical, project management and maintenance-based placements.

Elliott is a member of the UK-based Institute of Engineering and Technology (IET), and the Australian-based Engineers Australia (EA). He has a BEng (Hons) with a year in Industry in Electrical and Electronic Engineering from the University of Leeds.

Elliott is based in Sydney.