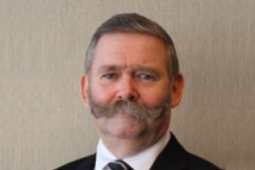 Shaun is a highly motivated, resourceful, and responsible Senior Engineer with a career spanning more than 45 years including over 41 years’ experience in the management of civil engineering assets including the planning, management and practical application of both construction and civil engineering skills in large and demanding international organisations. The last 19 years have been spent in the railway industry.

Shaun joined Network Rail in February 2003 and held numerous technical, management, engineering and asset management roles before joining Network Rail Consulting in 2016 as an Engineering Manager and Associate Director in the Kingdom of Saudi Arabia.

Shaun is based in Riyadh, Saudi Arabia.