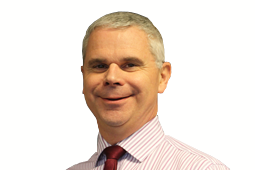 A Chartered Fellow of the Institute of Logistics and Transport, and Fellow of Institute of Railway Operators, Andrew has thirty years’ railway operations and development experience. Starting as a British Rail graduate trainee he has held significant roles in major UK train operating companies and the Strategic Rail Authority, as well as key station and programme roles in Network Rail. These included leading all eighteen major stations in the UK, and then leading the development of the new London Bridge station for eight years, from concept to opening. For the past year he has been building the stations portfolio of Network Rail Consulting in North America and is active with work at New York Penn Station for Amtrak, the rebuilding of Baltimore Penn Station, and in the design and development of stations for the California High Speed Rail Authority.

A motivational leader and manager, he has delivered in key facets of the rail business including operational performance, station development, commercial agreements, complex programme management and strategic visioning. He has influenced UK innovation in using the design of stations to enhance operations and customer experience.