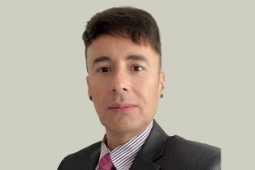 Jason has over 30 years' experience in the railway industry, dating back to 1989 where he began his railway career. Since then Jason has held various operational roles, moving through the ranks holding senior positions within the UK’s largest region before becoming the Senior Network Delivery Manager, where he managed one of the UK’s busiest Rail Operating Centres, responsible for over 3000 trains per day, 6000 route miles and over a billion passenger journeys a year.

Prior to the position of Senior Network Delivery Manager, Jason was Lead Route Control Manager where he managed a team of over 60 controllers. During this time Jason helped deliver a new training, development and competency framework for controllers focusing on continuous improvement.

Jason is a Fellow of the Chartered Institute of Railway Operators and is based in Washington D.C.