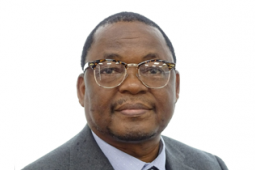 Mahluli joined Network Rail in January 2003 and took up several roles within the signalling maintenance function, including that of Control Centre Technical Officer. He then joined the Digital Railway Programme as Requirements Manager before becoming Systems Engineer within the Rail Investment Centre of Excellence.

Prior to joining Network Rail, Mahluli spent 19 years with the National Railways of Zimbabwe where he held positions such as signalling and radio communications team lead, technical instructor and internal auditor (operations). He was also appointed to the board of governors for a local hospital.

Mahluli is based in Washington, DC.