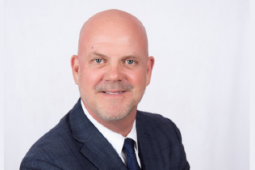 Todd has over 26 years in the freight and transit rail arena, with 20 years in freight with various roles and responsibilities and 6 years in the public sector and rail transit to include over a year working for the Secretary of Transportation, Florida Department of Transportation as the State of Florida Rail Manager. Todd has significant operations and leading SunRail as General Manager for a few years before taking on a subject matter expert role with prior company.

Prior to joining Network Rail, Todd served in several leadership roles with a Class I and Class III railroads for 20 years before leading the SunRail commuter project as O&M General Manager with Alstom, formally Bombardier Transportation for over 6 years. Todd also had the pleasure to serve under the Secretary of Transportation at Florida Department of Transportation as Florida’s Rail Manager to oversee and lead the rail plan in 2014 and 2015.

Todd is based in Washington, DC.