Network Rail Consulting, the international consultancy arm of Network Rail, has been selected as part of a consultant team led by Parsons Brinckerhoff to provide integration, program delivery and program management services to the California High-Speed Rail Authority in the United States.

The Authority is developing California’s high-speed rail network – the first in the U.S. – which will connect the state’s mega-regions and contribute to economic development and a cleaner environment. Phase 1 will connect the San Francisco Bay Area to the Los Angeles Basin in less than three hours at speeds of over 300kph. The system will eventually extend to Sacramento and San Diego, totalling some 1200km in network length with up to 24 stations.

Drawing on this experience, Network Rail Consulting will provide specialist advisory services to the Authority, primarily in operations and maintenance, leading up to the start of revenue service.

“One of our goals when we launched Network Rail Consulting in 2012 was to export British rail expertise around the world and be an ambassador for Britain’s rail industry. This long term contract firmly establishes us in the United States and will help channel innovation back into Network Rail’s core business.

“I am delighted to have Network Rail Consulting as a key member of our team,” said Parsons Brinckerhoff Program Director Gary Griggs. “Their skills and experience in operating high speed rail infrastructure will be invaluable to our delivering a successful network.” 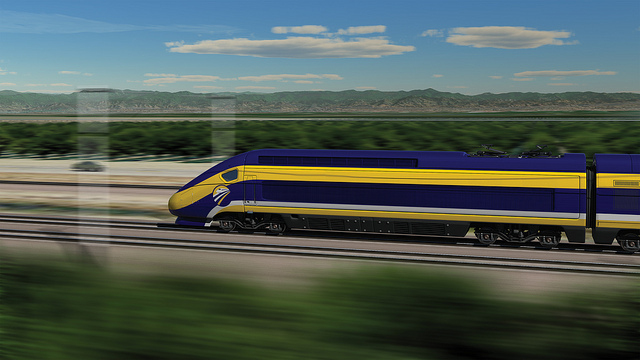