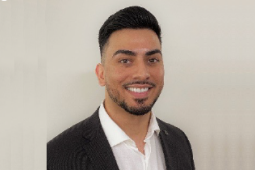 Azeem is a Rail Signalling and Systems Engineer with 8 years of experience across some of the largest rail infrastructure projects in Sydney including Sydney Metro, Sydney Light Rail and a range of brownfield signalling projects. He has successfully tested and commissioned the onboard systems for the entire Sydney Light Rail fleet and coordinated the Systems Integration component for the Sydney Metro Northwest expansion works. He has developed technical reports for a range of systems including ETCS, to provide client systems assurance and requirements verification.

Azeem joined Network Rail Consulting in November 2022 to support the integration testing for the Digital Systems Programme. He is responsible for carrying out testing in line with local and international standards and providing the assurance evidence in a clear and timely manner.

Prior to joining Network Rail, Azeem was facilitating the Testing and Commissioning for the Sydney Metro City and Southwest project, including the Sydney Metro Trains Facility expansion works.

Azeem has a Bachelor’s degree in electrical engineering as well as a Certificate IV in Project Management.

Azeem is based in Sydney.